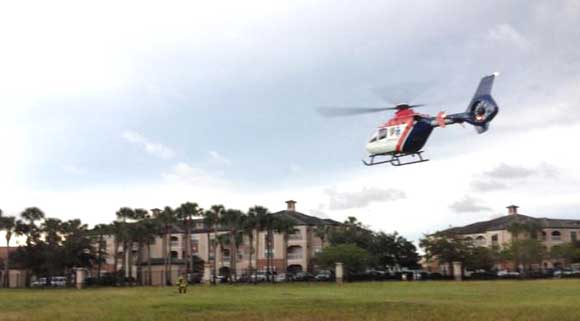 "Sixteen year old Taylor Triolo was airlifted from her H.S. field during a game. “I wasn’t able to go away to college, my life changed on the field that day. Years later, I am still dealing with ongoing head trauma issues”.

I was playing in a fall tournament in junior year of high school. As I went to pick up a ground ball, I came into contact to my opponent’s hip as I was coming back up. This has caused my head to whip backwards and as I fell to the ground my head went forward. Because of this I was unconscious for 15 minutes. I didn’t wake up until paramedics came and was strapping me onto a backboard. They have then told me I need to be airlifted to the hospital for my injuries. I was diagnosed with a concussion and 2 herniated discs.

Because of how bad my injuries, I missed 6 full weeks of school, after this I was only going to school in the mornings. My concussion symptoms made it difficult for me to focus in school, I would get a migraine from reading a few sentences, and even the bright lights in the hallways made it hard for me to focus. I had really bad tinnitus (ringing in the ears) that had an effect of me hearing what the teachers are saying. I Fell behind school work and pushed me back from applying to colleges which devastated me.Of course,never being allowed to play for my school’s team ever again was hurtful for me as well. My doctors advised it was best for me to never play again because I had previous concussions as well.

I have tried numerous ways to get help about the injuries I had suffered. Medications caused me to have depressed, Botox injections (to help migraines and muscle spasms) but they only helped for a little while and was a painful/stressful procedure. For months I have been seeing neurologists, orthopedics, physical therapists, and even psychologist to help my pain but eventually I gave up and canceled all my appointments because I was tired of hearing how there is no help, we have to wait it out.

Today, 4 years later, I have neck pain after carrying things or try to work out.I had a headache every day of my life since this injury occurred. My tinnitus did get better but there are random times that my hearing would go out completely and I can’t hear anything for a couple minutes. This injury had put me through some of the worst times I remember thinking to myself ways I could’ve prevented this from happening and the only thing I could think of was if I wore a helmet that day. Concussions are a serious injury and shouldn’t be taken as a joke. If I can go back to that day of my injury, I would have put a helmet on before stepping out onto that field. Its important to have the proper safety equipment on to prevent horrible accidents from having.

Brevard County Fire Rescue reports Engine 48, Rescue 48 and District 45 are on scene of an incident where a 16-year old female patient suffered a head injury from Lacrosse. (BCFR image)


BCFR responded at about 6:50 p.m. Sunday and reports the patient is being airlifted by First Flight to the hospital.

Thank you so much for submitting your story.

It will display once admin has been approved.

Thank you so much for your support.

Someone will reach out to you shortly.